A feature exhibition on art using textiles and embroidery has opened at Dundee’s gallery Q. This exhibition is the result of an open call for Scottish textile artists to exhibit pictures and wall hangings.

The 10 artists selected come from a variety of backgrounds and different parts of Scotland. They are all dedicated to the use of textiles in their artwork, sometimes on its own, sometimes with embroidery, sometimes with paint and other media. The resulting exhibition shows the beauty and versatility of this medium.

Among the featured works is that of artist Rachel Drake who studied Embroidered & Woven Textiles at Glasgow School of Art. She became a freelance textile designer before returning to Glasgow to teach in the School of Art textiles department. She left in 2007 to pursue a career as an artist. She often combines her love of textiles with painting.

In 2000 she was commissioned by the National Trust for Scotland to collaborate on the reproduction Margaret MacDonald textile panels in the Hill House, Helensburgh.

Dundee’s Sheila Mortlock is also one of the exhibiting artists. Sheila studied Printed Textiles & Embroidery at Duncan of Jordanstone College of Art, Dundee, followed by a PGCE and then taught Textiles courses in schools and colleges. Her own work has returned to her interest in printed textiles in recent years and exploring their use as a basis for stitching.

She was a member of Embryo, Dundee Textile Artists and has been a member of Edge Textile Artists Scotland since its inception in 2000. She joined the Textile Study Group in 2013. She has given illustrated talks on textile art and her own work to groups including branches of the Embroiderers’ Guild. She has exhibited widely with all of these groups.

Alongside the Drawn Threads exhibition, which is in the upstairs gallery, there is a selection of new works by gallery artists Helen Welsh, Liz Murray RSW, Stuart Moir, Heather Soutar, Deborah Phillips, Libby Scott and Dawson Murray.

Drawn Threads is now open and will be available to view until July 2.

Opening hours:
Wednesday to Saturday from 11am to 4.30pm
Other times are available by appointment. 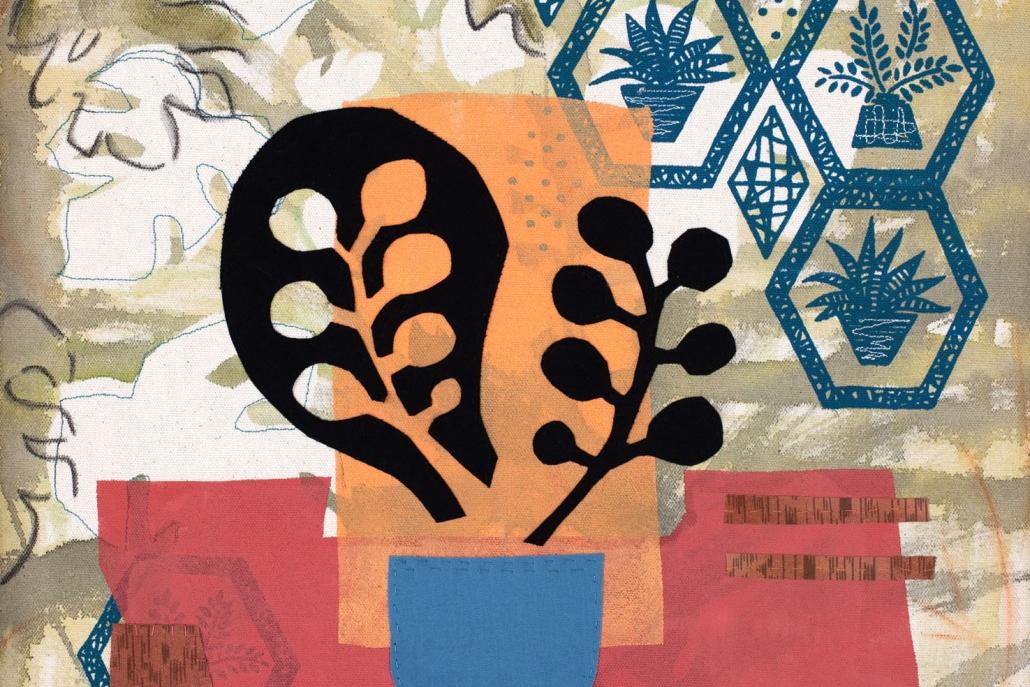 One of the exhibits at Gallery Q.
Whats On Dundee Glasgow