Kirriemuir is set to rock this weekend with the return of Bonfest. The international rock festival will see AC/DC fans from all over the world descend on the town - the birthplace of the band’s late, great lead singer Bon Scott.

And it promises to a great reunion after two years in lockdown.

Bonfest runs from Friday through to Monday and is heading for a complete sell-out.

The event went ahead last year online, and the chance to see bands on stage and meet up with fellow fans has sparked huge interest in the 2022 event.

The 15th annual gathering will again raise funds for DD8, the registered charity dedicated to promoting involvement in musical activities to people of all ages in the Kirriemuir area.

The festival will see a huge number of bands performing at over half a dozen venues across the town, as well as the Town Hall and the main arena - on Friday alone some 30 are scheduled to take to the stage.

They come from across the UK and further afield.

Dunfermline band Stay For Tomorrow have a Saturday slot with Massive Wagons, while in Kirriemuir Town Hall with free entry you can see Cherry Bombz among nine other bands.

Headliners in the main arena include Thunderstruck making the journey from Australia. and Love Train on Friday, Burnt Out Wreck, Florence Black and Bon ACDC Show on Saturday. On Sunday it closes with Bon UK.

A happy bus has also been laid on to transport fans from Dundee to Kirriemuir.

One person with an extra special reason to look forward to the event is Collette Burns, who will be interviewing bands and fans across the weekend,.

Collette, who hosts The Letty Rock Show on Kirkcaldy-based radio station, K107fm, has been attending Bonfest for a decade, and last year she helped to host the virtual festival.

The chance to meet up again with friends and see a host of bands is something special.

She said: “After being in lockdown, everyone really wants to be there in person.

“It’s a fantastic festival - everyone comes for the music and to meet up. It’s one huge family.

“I’ve been going there for a decade - to be asked to help host it was just fantastic.””

And, above all, there is the chance to pay homage at the statue erected in memory of the AC/DC singer.

It features Bon with microphone and bagpipes - a homage to his Scottish roots - and was paid for by a £45,000 crowdfunder.

Two scrolls containing the names of all who donated money are sealed at the bottom of the statue.

“The amount of love for the band’s music is incredible,” Collette said. “The atmosphere is just crazy - such great fun. It is pure rock and roll.

“One day Angus Young will turn up!”

And, if the legendary guitarist does, the first thing he will see is the statue of his former bandmate... 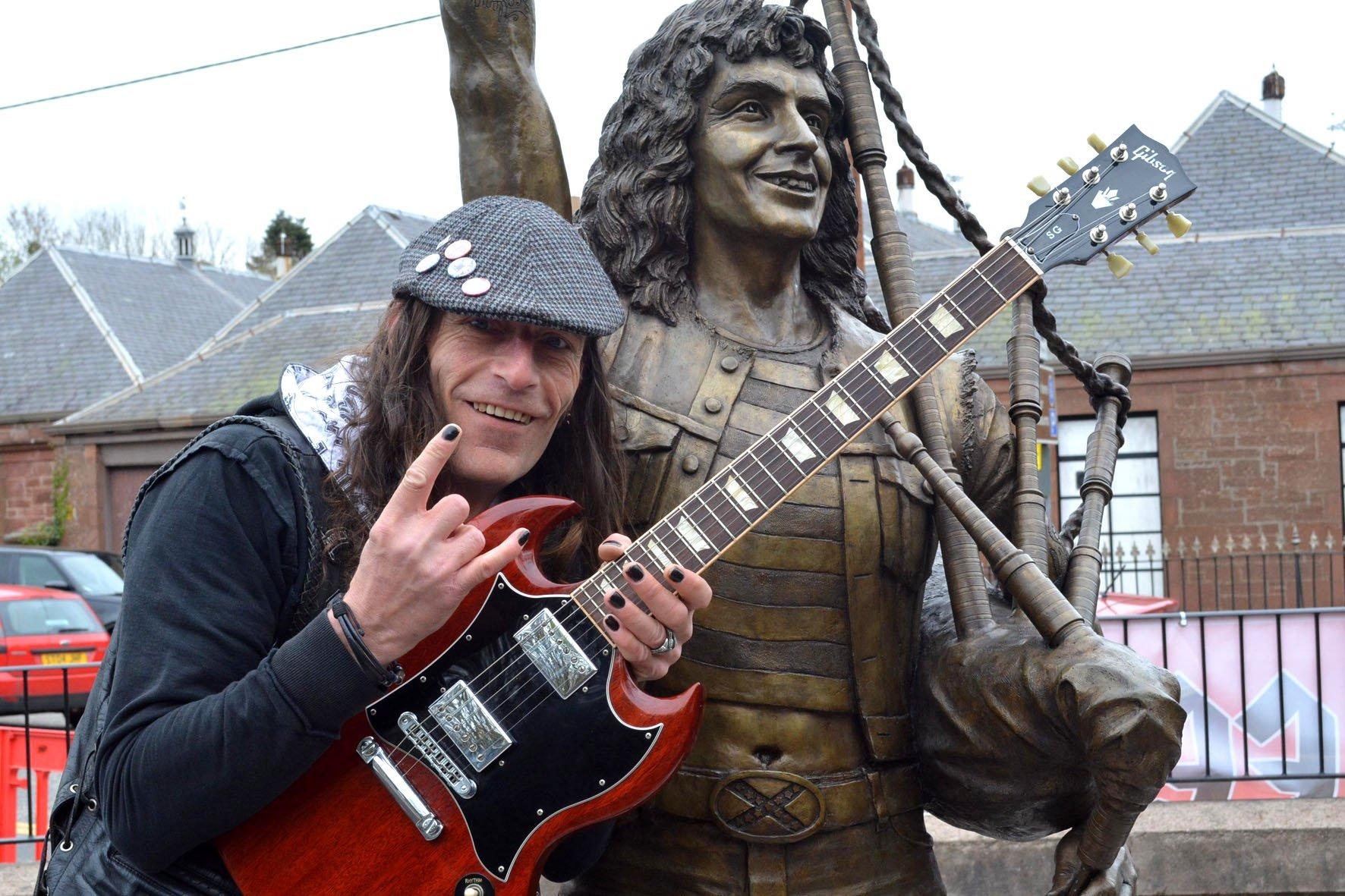