Plenty of positives for Brechin and Arbroath in pre-season friendly

In terms of what teams want out of pre-season fixtures, this match ticked all the boxes for Brechin City and Arbroath. A competitive 90 minutes, plenty of game time for all, no injuries and a chance for managers to cast their eye over trialists and new signings.

A crowd of nearly 700 made the trip to the Glebe to watch Andy Kirk’s Highland League side go toe-to-toe with Dick Campbell’s high flying Championship men.

Arbroath may have run out 2-1 winners, but Kirk would have seen plenty of positives in his side’s performance.

Two trialists were named in City’s starting XI with others on the bench.

New signings Lenny Wilson and Grady McGrath were also in City shirts for the first time.

Given the stage of the pre-season, it was perhaps no surprise that the game didn’t get off to the quickest of starts as both sides aim to recover their sharpness.

A half chance fell the way of Marc Scott but he was unable to direct his effort on target.
Arbroath go into the 2022/23 season on the back of a magnificent campaign last year when they came within touching distance of a place in the Premiership.

But City were more than holding their own and chances for the visitors were at a premium.

They gradually grew into the game, though, and Bobby Linn was unlucky to see his free-kick clip the top of the crossbar.

It was to be City who would grab the game's opening goal, and it was nothing more than they deserved.

Scott made his way beyond his marker before cutting the ball back into the box where it would eventually break for McGrath to net.

Fellow new recruit Wilson impressed the home support as well with a terrific save on 45 minutes.

But again they came up against a well organised City resistence and it took until the 70th minute for them to equalise, Shanks making it 1-1.
Both sides had chances to win the match but it was Arbroath’s David Gold who netted the crucial third goal. The match may have been a friendly, but it was competitive 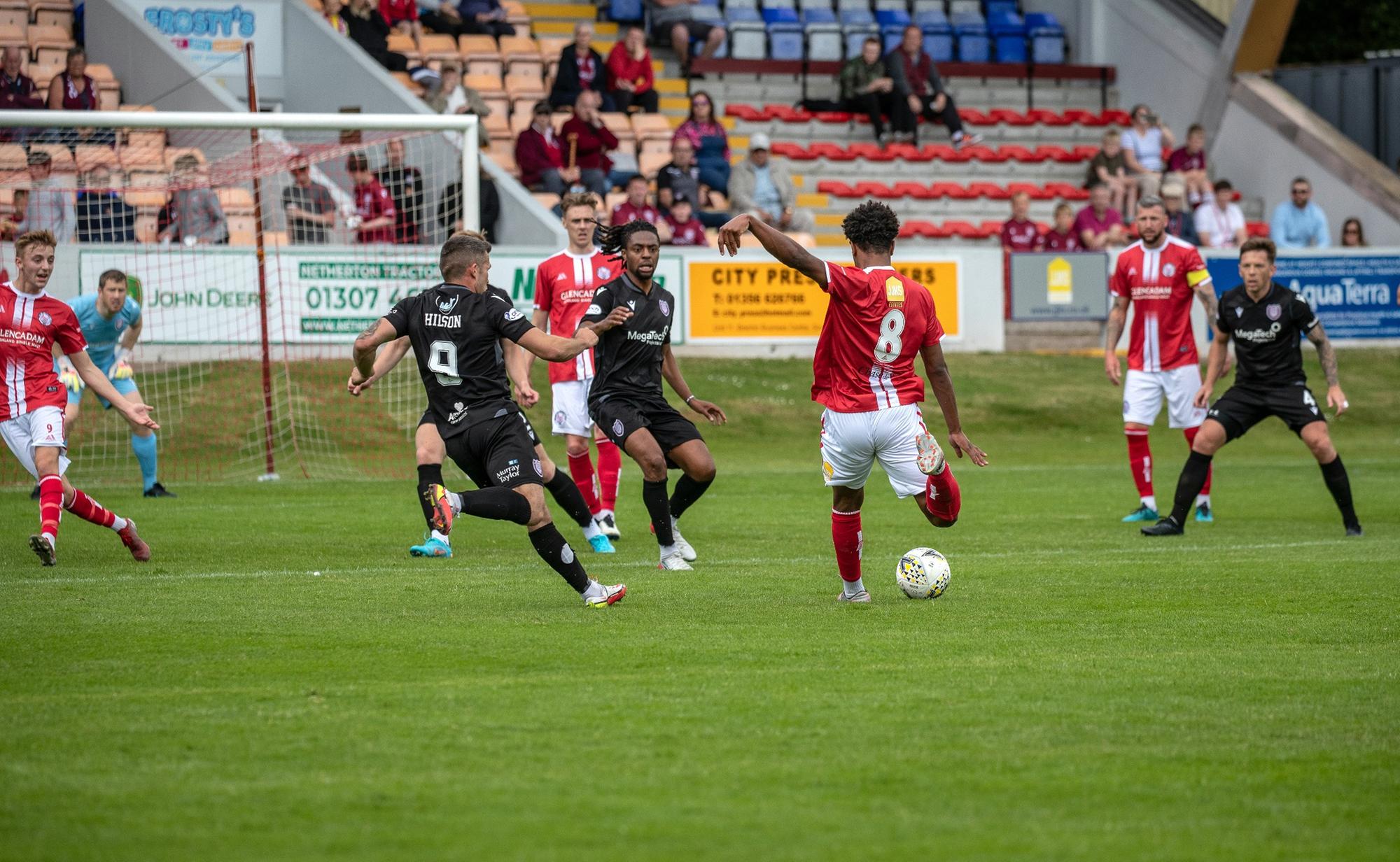 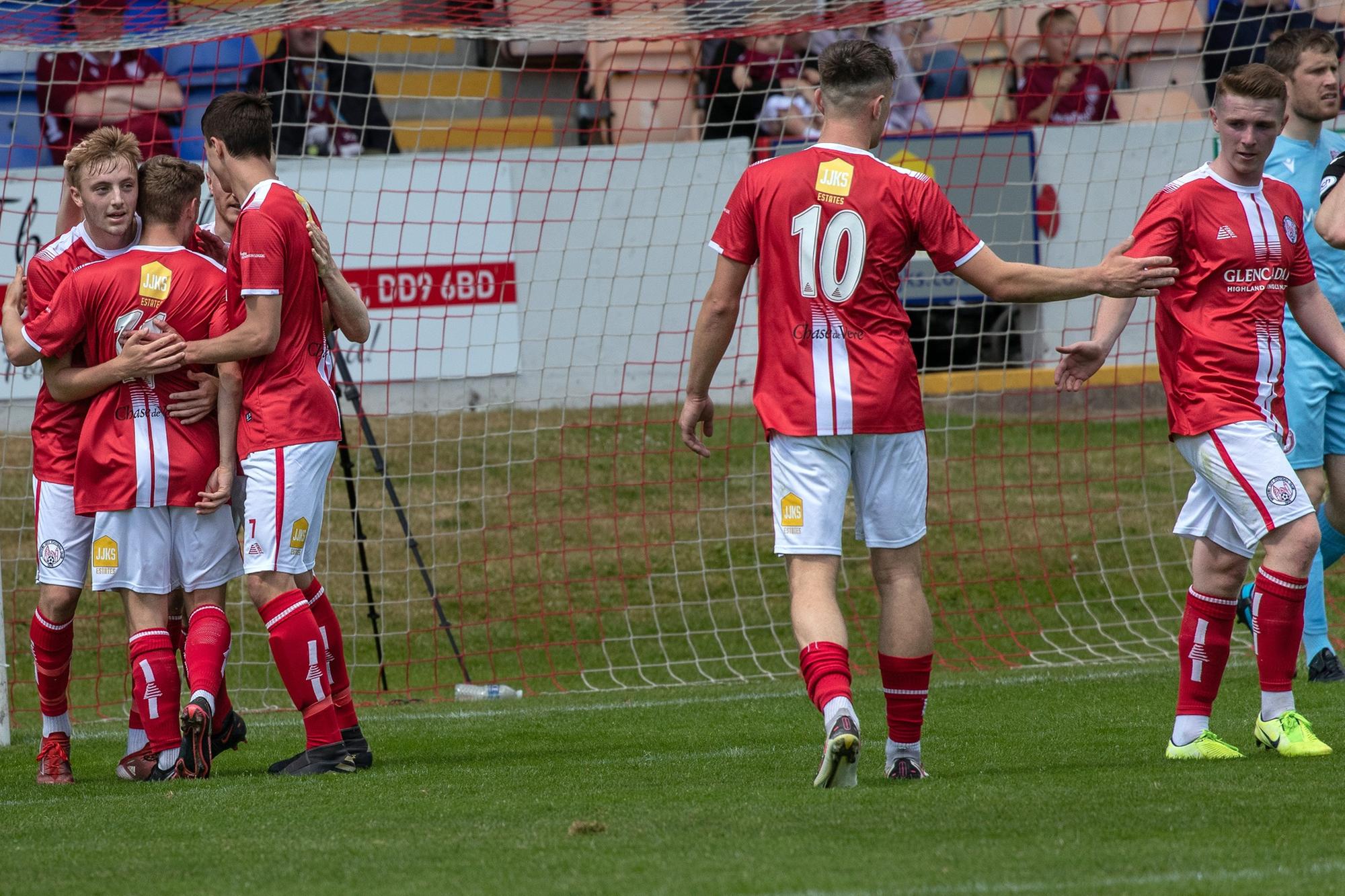 Grady McGrath takes the plaudits after handing City the lead 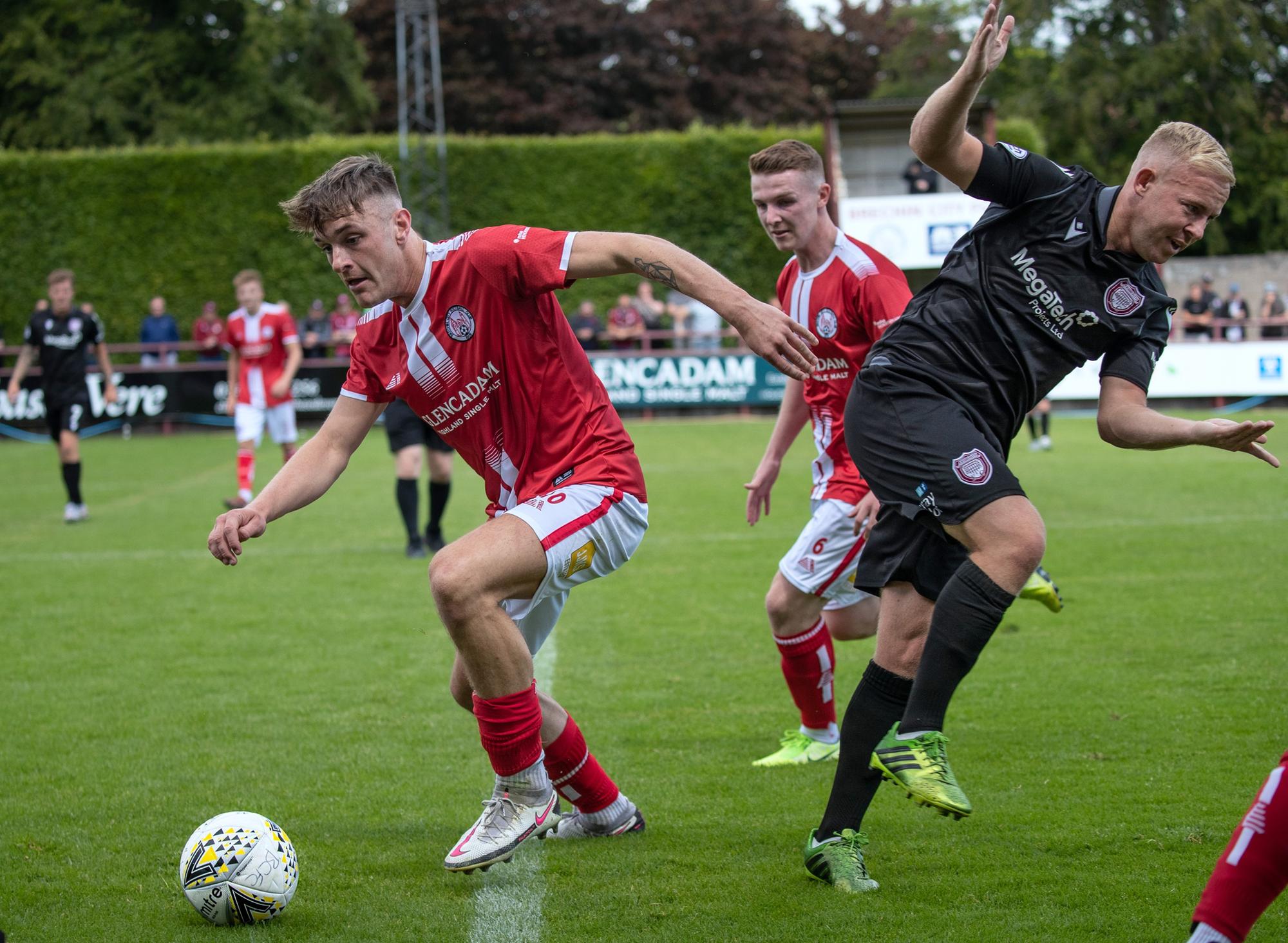 Nicky Low comes out second best from this contest 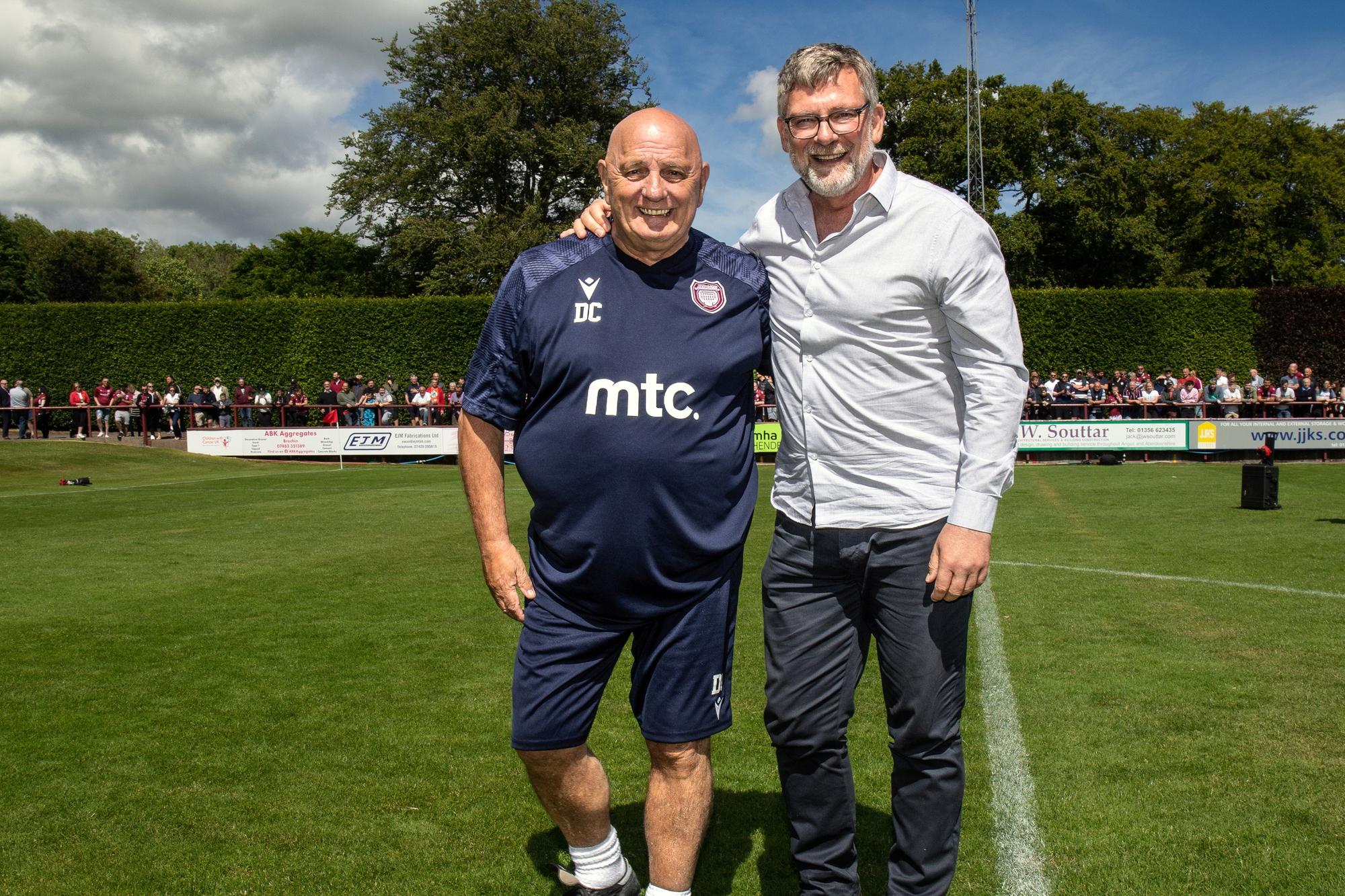 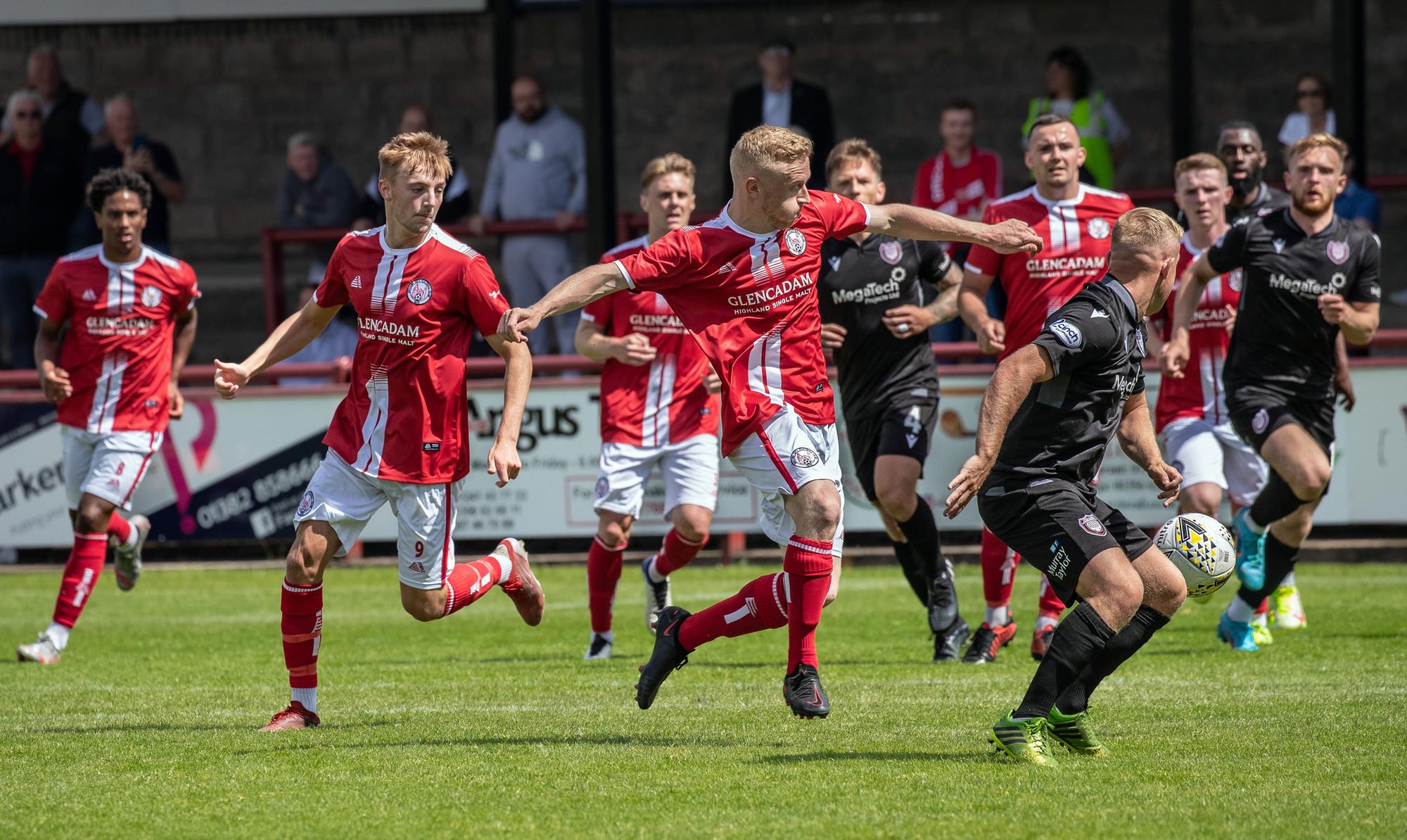 The Brechin defence get their lines cleared 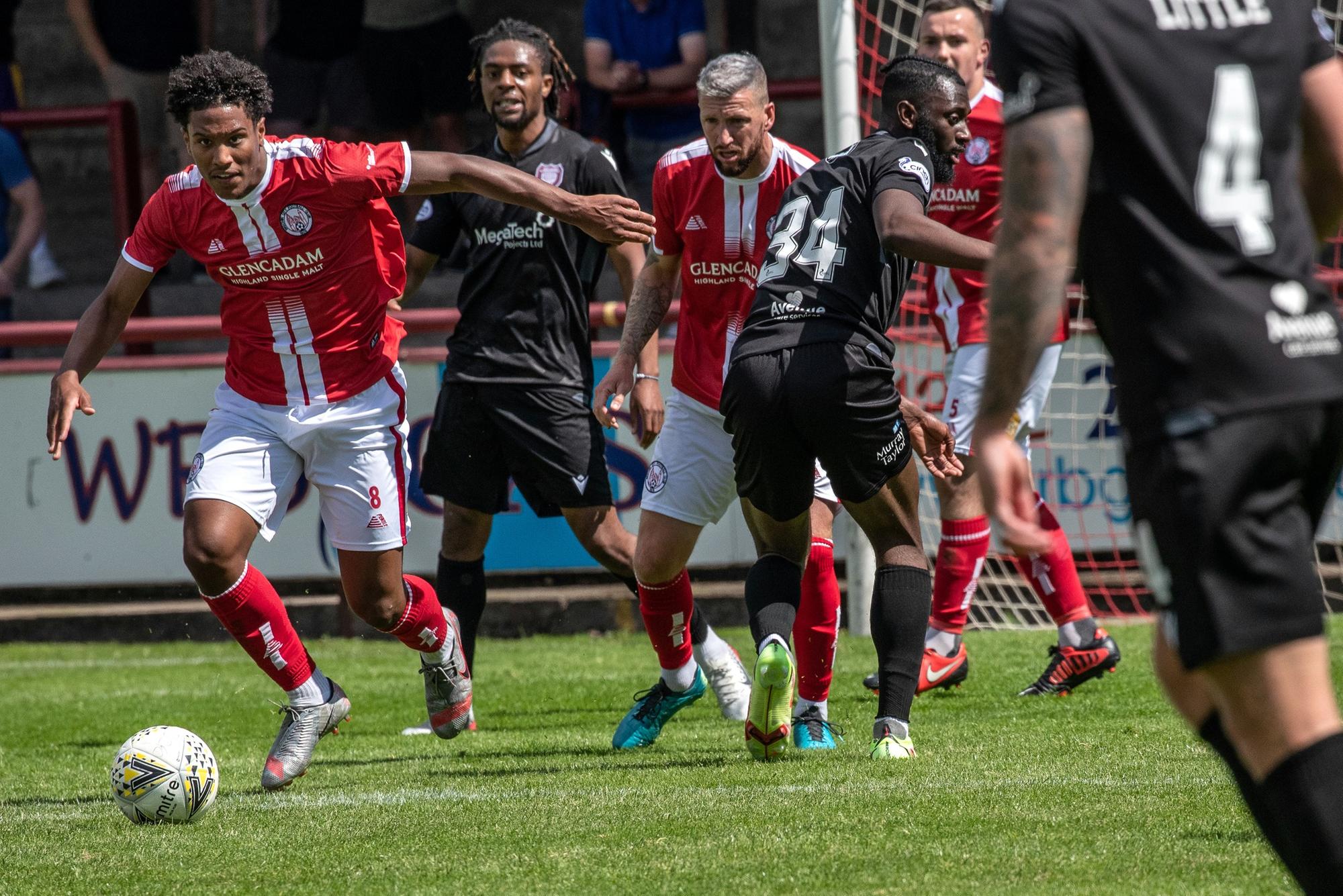