Arbroath suffer penalty misery at the hands of Inverness Caley

Arbroath were dealt a cruel, cruel blow as they were denied a place in the play-off finals on penalty kicks by Inverness Caley. There was nothing in the second-leg tie between the two with the whole thing coming down to a penalty shoot-out.

The margins had been fine across the two legs and it was no different in the shoot-out, Kirk Broadfoot netting after Bobby Linn’s kick was saved.

Caley may have ended the game with nine-men but were able to edge out their hosts.

The opening part of the game was short on clear cut chances as both sides tried to settle in and find their range.

The best chance for the home side came when Nicky Low picked out Jack Hamilton on the edge of the area.

Hamilton got his shot away but it was easily dealt with by the visiting defence.

It hadn’t been vintage stuff in the opening 45 and, with so much at stake, it wasn’t hard to understand why.

Arbroath began the second-half in a positive manner and Hamilton flashed a cross along the face of goal which only lacked a finish.

Arbroath’s hopes were give a massive boost when Caley defender Danny Devine was shown a red card for a foul on Hamilton.

Things went from bad to worse for the visitors when Sutherland had to leave the park in a stretcher, leaving them with just nine-men for the remaining eight minutes of the 90.

Arbroath couldn’t make their two man advantage and Caley were allowed to replace Sutherland with another sub in extra-time.

It wasn’t long before Caley were back down to nine-men when Wallace Duffy was harshly shown a red by ref Willie Collum.

Arbroath couldn’t make the most of it and the game would be decided by penalties.

Linn, a legend around Gayfield, was the first not to find the net when his spot-kick was stopped by Mark Ridgers.

That left Kirk Broadfoot with the chance to win the tie for Caley and he did just that.

It was harsh on an Arbroath side who had given so much this season.

Regardless of their fall at the final hurdle, Arbroath will no doubt reflect in pride once the dust settles.

Jack Hamilton tussles with Kirk Broadfoot during the Scottish Premiership playoff semi final between Arbroath and Inverness at Gayfield. Pic by Dave Johnston 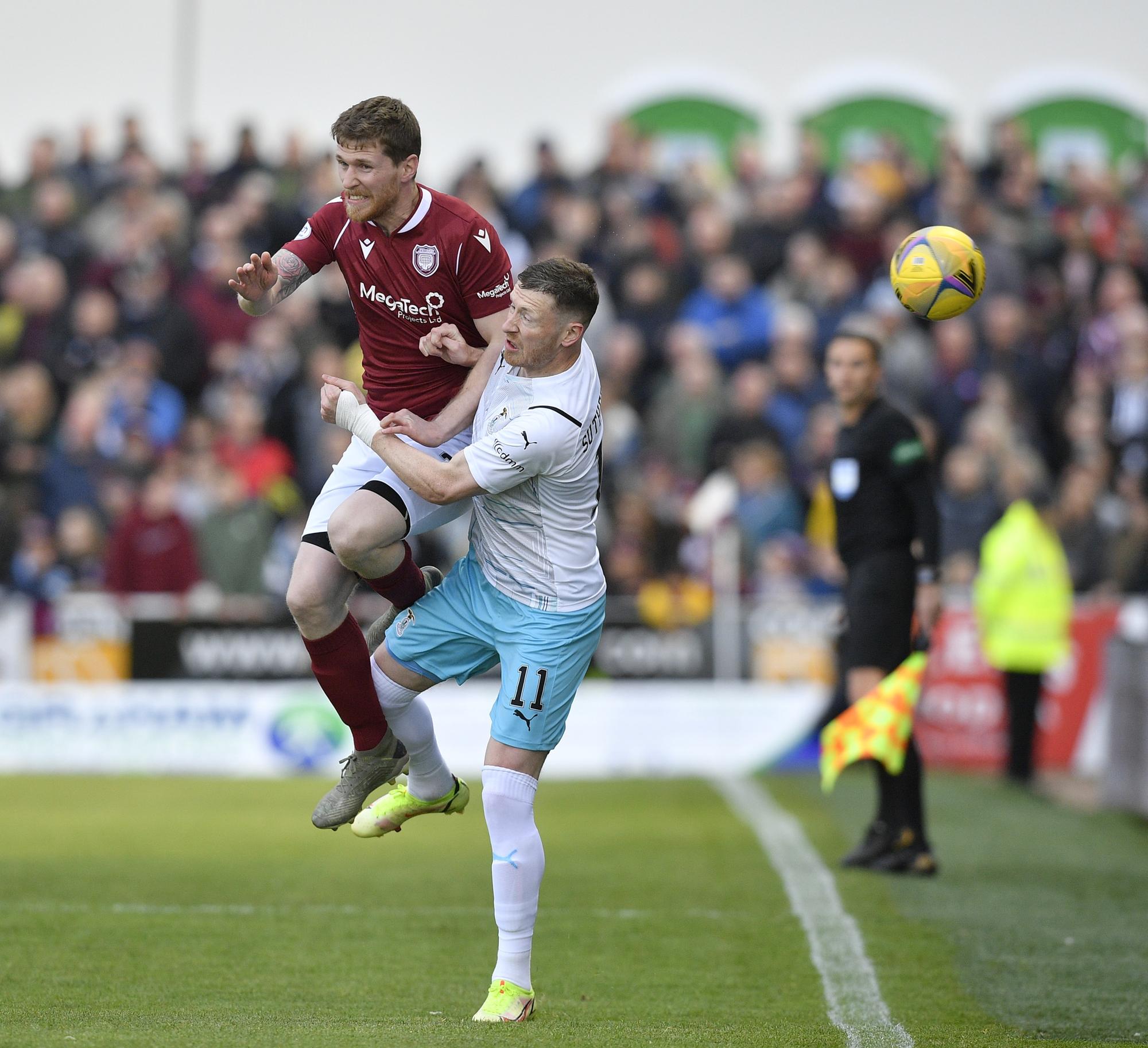