Carlogie Primary in Carnoustie will be one of five in Angus to trial school exclusion zones when pupils return after the summer holiday.

The measures are intended to improve road safety and encourage families to walk, cycle or scoot to school.

The proposals will see traffic restrictions put in place on certain streets beside Andover in Brechin, Letham, Liff and Southesk School in Montrose in the morning and afternoon to help ensure that pupils can arrive and leave school safely.

The 18-month trial will stop cars from entering the streets within certain times except for emergency services, residents with permit and blue badge holders.

"These trials are a great opportunity to not only create a safer, more relaxed atmosphere for children and families walking and cycling to school but a healthier environment around our schools too.”

He continued: “Early indications from the initial trials show that the restriction of vehicles within the zones have meant better air quality, reducing the exposures of harmful pollution to children from vehicles.

“I look forward to seeing the evaluation following the trial to see how effective they prove to be but more importantly seeing the difference this makes to the health and safety of our children attending school.”

Before and during the trial, certain markers will be documented such as air quality, traffic volumes, road accidents, congestion and the update of active travel which will help the council decide whether or not to make the order permanent.

Residents living in the streets affected can apply for a permit exempting them from restrictions through Angus Council’s website.

Between 8.30am and 9.15am and from 2.45pm to 3.45pm during school term only at Liff Primary School - the side road on the east side of Dykes of Gray Road outside the school; Carlogie Primary School, Carnoustie - Caesar Avenue (north arm, including three cul-de-sacs), for their entire lengths. 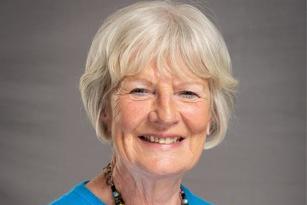