Back in the day, the weekly washing was something a ritual. Early in the morning a fire had to be lit under the big stone or brick boiler in the washing-house as everything, clothes and bed linen, was washed in boiling hot water. I can recall one watching one old lady who continued to use the washing-house in the late 50s and possibly even into the next decade. After washing, everything was wrung through a large mangle before being hung out. I seem to remember a metal scoop with a wooden handle and tongs being used to move the clothes. In tenements, the weekly washing also had its strict rules. Each house had an appointed day for the use of the washing house and for the drying green. Woe betide any neighbour who used the washing house or put out washing on any other day.

In the mid-1950s, washing caused a problem in Montrose of a different kind. Some of the residents in the town’s private housing took exception to council tenants in an adjoining estate hanging out their washing where it could be seen.

This, they argued, meant their outlook was obscured and reduced the value of their property. Not only had they sent letters of protest to Montrose Town Council but they also complained to the Scottish Health Department who asked the council for its observations.

The two areas were separated by a low wall and the council had recently refused to raise its height “to obscure the washing”. A letter from a solicitor on behalf of the protesters made the point that: “My clients feel that the present view from their front rooms is an unnecessary annoyance to them and, in particular, that it is having the effect of de-valuing their property”.

The council got its collective unmentionables in a twist over what to do and in the end agreed to take no action. That didn’t sit well with the protesters who announced their protests “would be taken up with the appropriate department in Edinburgh.” I am not certain as to the eventual outcome but I suspect the whole saga was kicked into the long grass.

Today, many families simply tumble dry their clothes but, with the need to be green and the prohibitive price of power, I suspect many people will go back to hanging their washing out, hopefully without complaints from their neighbours. 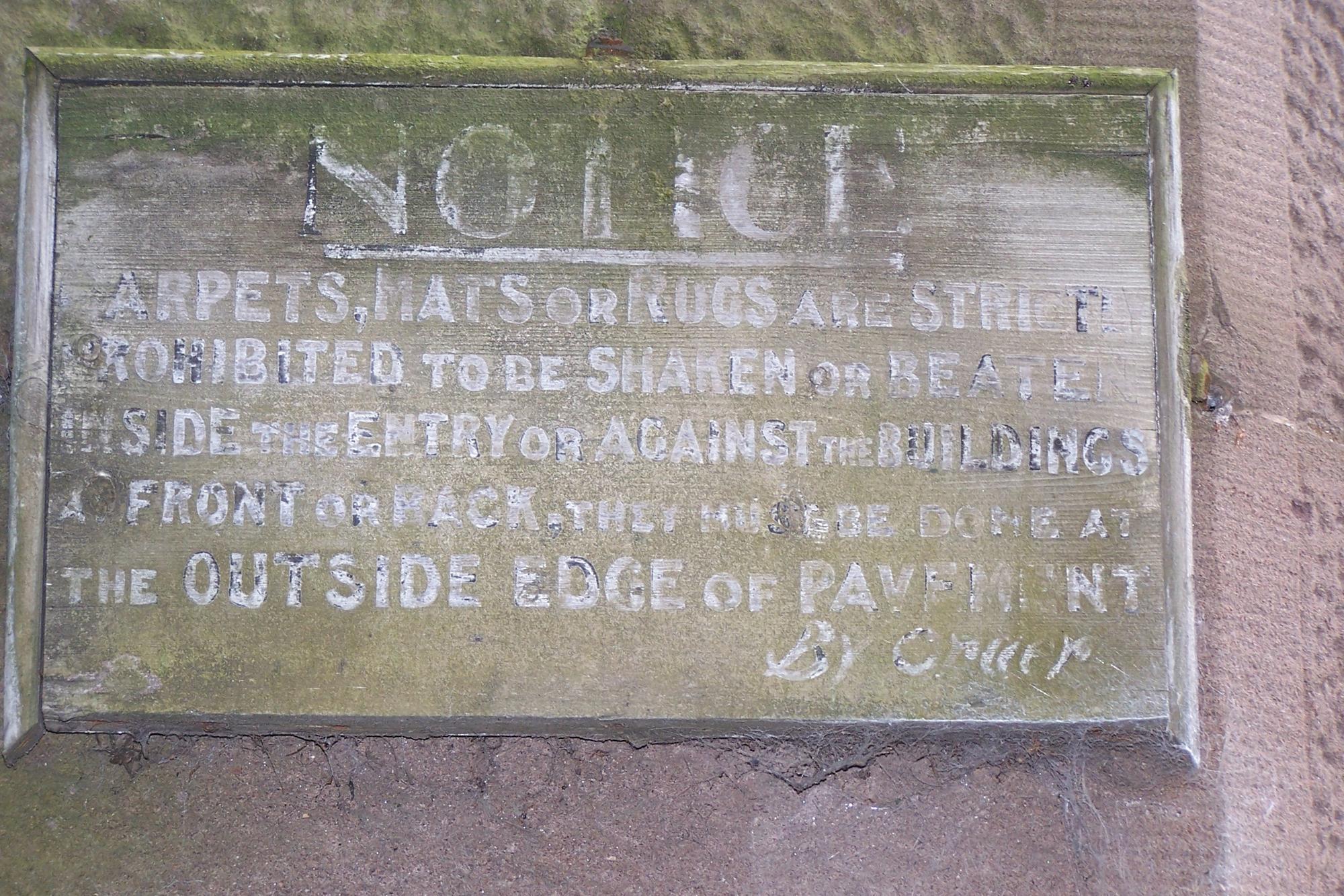 A plaque from around the 1950s when the dispute broke out, but this time stipulating the rules for cleaning carpets and rugs
Columnists Opinion