A decades-long passion for the Scots language has culminated in the publication of a third book and a salute to Scotland's national bard for Monifieth author Tom Jamieson. 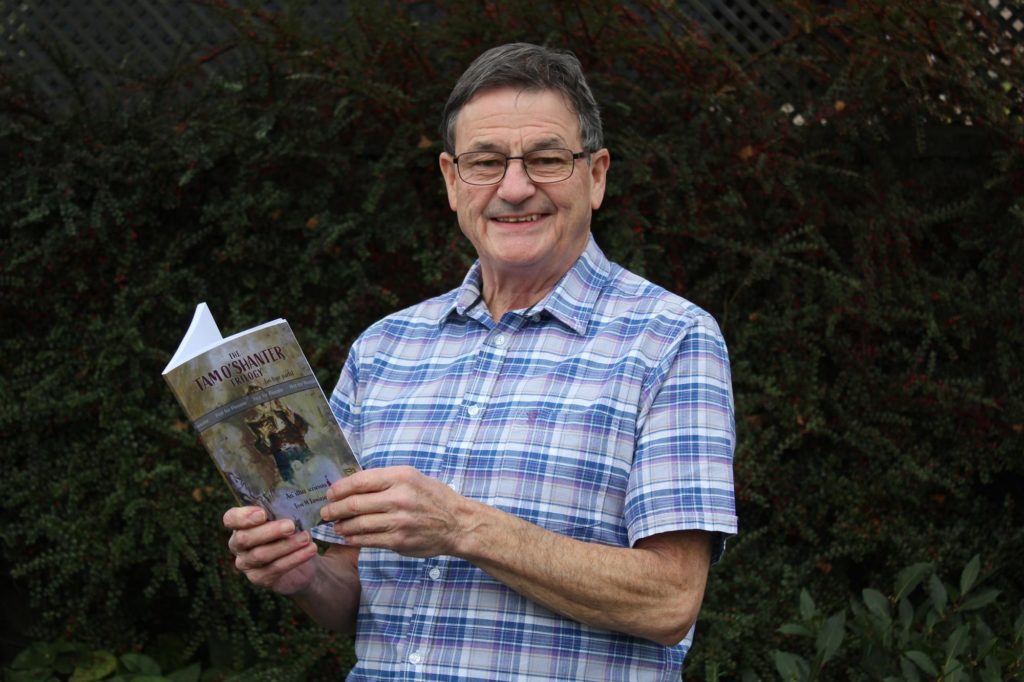 The book, ‘The Tam o’ Shanter Trilogy (in four parts) an’ ither scrievins’, is the third publication by Monifieth author Tom M Jamieson.

‘The Tam o’ Shanter Trilogy (in four parts) an’ ither scrievins’ is the latest collection of poetry in Scots by Tom, who published his first book of poetry in 1984 based on the language of his childhood – the dialect of Dundee.

A second volume was published in 1991 followed by a DVD of his own sketches in Scots and his latest work is the result of suggestions from friends.

And like the original classic by Burns, it is written to be read aloud.

Tom said: “I’ve been doing Burns Nights over the last few years, as well as writing and reciting my own stuff, so friends suggested that I put it in a book to keep it together for posterity.”

A compilation of the Trilogy and various other poems, the book takes a humorous look at the imagined aftermath of Tam o’ Shanter’s ill-starred visit to Alloway Kirk, with its witches, warlocks, and sundry doers of evil. It also contains imagined comments from the perspectives of the main protagonists, including Tam’s horse Meg and the weel-kent witch Cutty-sark.

A retired corporate communications professional, Tom worked in different areas across Scotland which further stimulated his ear for language and the different dialects he encountered on his travel, and he is now a strong advocate of the language.

Tom continued: “I was brought up in Dundee, which is where I’m from originally, but I worked in Aberdeen for a while, Angus and Edinburgh so I picked up aspects of language wherever I went. I’ve also always loved poetry, which started with the World War One poets when I was young and that later developed to include Burns. Now I can’t get enough of works in Scots.

“The aim of the book is not only to provide some light-hearted poetry for reading, but also to provide a new source of humorous poetry for recitation – many performers would like something new to recite at everyday events and occasions, as well as those celebratory times like Burns’ Night, Hogmanay, New Year and St. Andrew’s Day.

"It is also important that it’s in Scots as I like to see efforts to maintain and build on our rich heritage.”

The collection extends beyond Tom’s tribute to Burns, however, and the “ither scrievens” provide a humorous look at different aspects of Scotland, including a McGonagall-inspired poem dedicated to Dundee’s V&A, ‘The Tale o’ Erchie an’ the Day he Left the Ferm’, ‘Wullie’s Holey Prayer’ - with Wullie complaining about the holes in his nichtsark – and lines ‘Tae a Hielan’ Coo’ , as well as a piece about a gardener who loved an ingin’ in his mince.

With Christmas on the way, it would be an ideal addition to any Scots fan’s list, and it can currently be found on Amazon. Further details are also available on Tom’s website, thetamoshantertrilogy.co.uk.