A Forfar-based charity is celebrating an amazing five years of growth and success with a special event in the town next month. Strathmore Community Rugby Trust is inviting everyone to a family fun day on June 18 to celebrate its fifth birthday. It was founded in 2017 by chairman Stuart Gray to increase public participation in sport, particularly rugby union and rugby league, in the Forfar, Kirriemuir and Brechin areas to benefit health and well-being.

It also aims to develop young people into healthy and positive members of the community through the ethos and values of the game.

Over the last five years it has developed to run eight projects for people of all ages and abilities, including groundbreaking rugby sessions for primary children with or undergoing diagnosis for Autism Spectrum Disorder (ASD) and their siblings, Walking Rugby for adults, Unified Rugby for adults and youths with disabilities and a Rugby Academy for senior school pupils to learn valuable life as well as rugby skills.

The trust’s work was recognised in 2020 at the Scottish Charity Awards with the Pioneering Project Award in 2020 for the ASD rugby project and a Royal visit in July 2019 by TRH The Earl and Countess of Forfar, with the earl becoming its Royal Patron in August 2020.

The event will be held in partnership with Strathmore Rugby Club at its ground, Inchmacoble Park. Running from 10am to 3pm, it will include an opportunity to take a selfie with The Calcutta Cup, a walking rugby tournament – for which teams of up to 10 are invited to enter for £30 each – a mini assault course, face painting and stalls with food and local products. Details can be found on the trust website and social media.

Stuart said: “I wanted to increase the opportunities for everyone to play and be involved in rugby and to do something that would benefit Strathmore and Brechin Rugby Clubs.

“The support from both clubs, the wider community and further afield has been outstanding and has allowed the trust to develop far quicker and more sustainably than I could have imagined. The projects are making a real difference to those involved - from the children with autism to the young people who volunteer to support the projects. It’s amazing what has come from the founding idea.”

“The fun day is a chance for everyone involved with the Trust and both clubs to come together and celebrate the difference they’ve made as well as raise funds to continue our work.”

To find out more about the event and the trust’s work, go to its website at www.strathmoretrust.co.uk 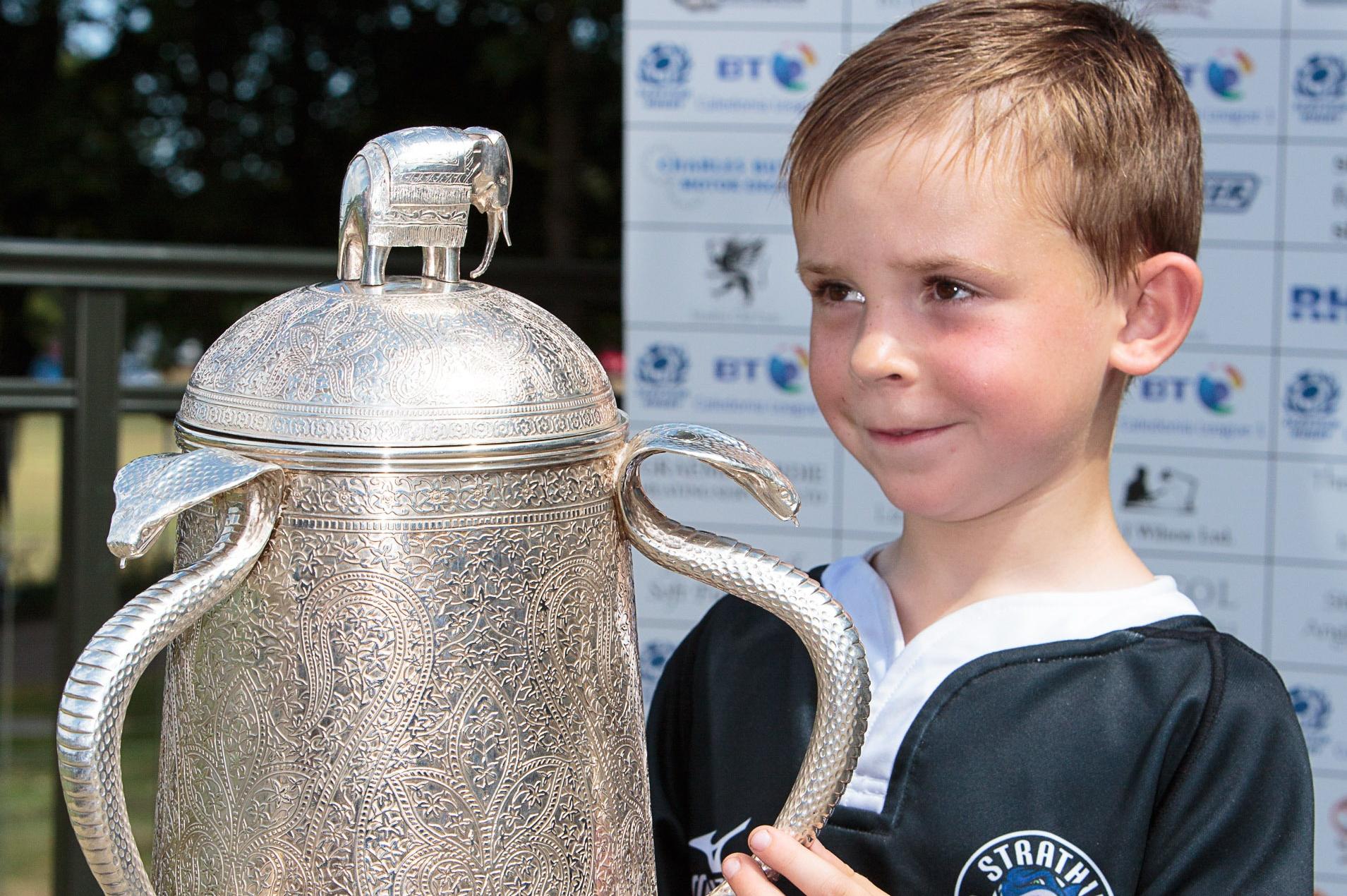 The day will include an opportunity for a photo with the Calcutta Cup.
Forfar Human Interest News Rugby Union Brechin Rugby