Visitors to Angus beaches are being asked to comply with the ‘take only pictures and memories’ approach to interacting with the natural environment. The local authority has pointed out that, while it may not be well known, taking sand or stones from beaches is against the law.

Further, the removal of material by thousands of visitors has a cumulative effect.

A spokesperson said: “When someone happens across a beautiful wave-worn pebble, a full understanding of the Coast Protection Act 1949 isn’t really uppermost in their mind as they slip the wondrous wee stone into their pocket.

“One stone won’t matter will it? Perhaps not, but another, then another…then multiply that by the many thousands of people who visit our beaches throughout the year and who might just take a keepsake. Even then, isn’t it just a drop in the North Sea?

“Well not really. Every stone plays its part in our natural coastal defences and in protection from the continued and increasing threat of coastal erosion and flooding.”

The greatest threat comes frome the deliberate “plundering” of coastal resources by people who remove sand, stones, cobbles and pebbles by the bag load for use in their gardens. Some areas in the UK have reported this type of activity happening on an industrial scale.

The spokesperson added: “We have six award winning beaches in Angus and we want everyone who visits them to enjoy them to the full this summer. Enjoy your day but please only take pictures and memories with you when you leave.” 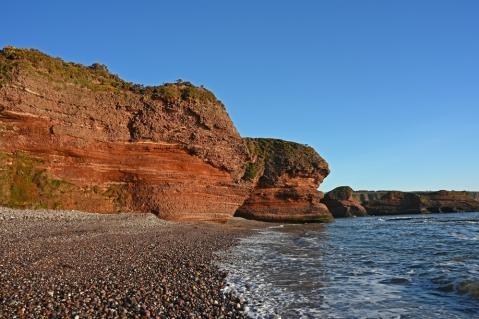 Visitors are being reminded that removing stones and sand is illegal.
Environment News Angus North Sea