A community project to restore a popular footpath in Kingsmuir in time for the Queen’s Platinum Jubilee has suffered a setback by the disappearance of a new stile along the route. A group of volunteers began the project on the right of way, which runs between Muir of Lownie and and the village, around three months ago, clearing vegetation and making the path more accessible.

Part of the work included providing a new style to cross a fence, allowing walkers to follow the route along the edge of one of the fields at towards its southern end.

This had been built and provided free-of-charge by members of Forfar and District Men's Shed.

The aim is to have the project completed in time for the village’s jubilee celebration, which will be held at Kingsmuir Village Hall on Friday, June 3. Part of that will include villagers processing along the route to dedicate it for the landmark event.

Tony Cook, chairman of the the village hall committee, who has been co-ordinating the work, said that volunteers working on the path just noticed recently that the structure has been removed and no-one seems to know what was has happened to it.

He said: “The path has been there for about a hundred years, and it's already shown as a right or way on maps from the 1930s. It used to be used by villagers to reach the railway station, which was at Lownie Moor.

"It’s annoying as it’s a community project and no-one's getting paid for doing this, it’s just a way of putting something back into the community."

Permission to erect the stile had been granted by landowner Lour Estates and Mr Cook said that the relevant department at Angus Council had also been informed. Its removal has since been reported to Police Scotland.

"Lour Estates has been very supportive from the start and we’ve been in touch with the council’s access department to keep them informed of what we’ve been doing. So whoever removed it has taken it off someone else’s fence.”

Mr Cook said that, despite the incident causing some bemusement, the group remains undeterred and a replacement stile will be erected.

He added: “I'm not hopeful of finding out what happened to it, but we’ll press on towards June 3.” 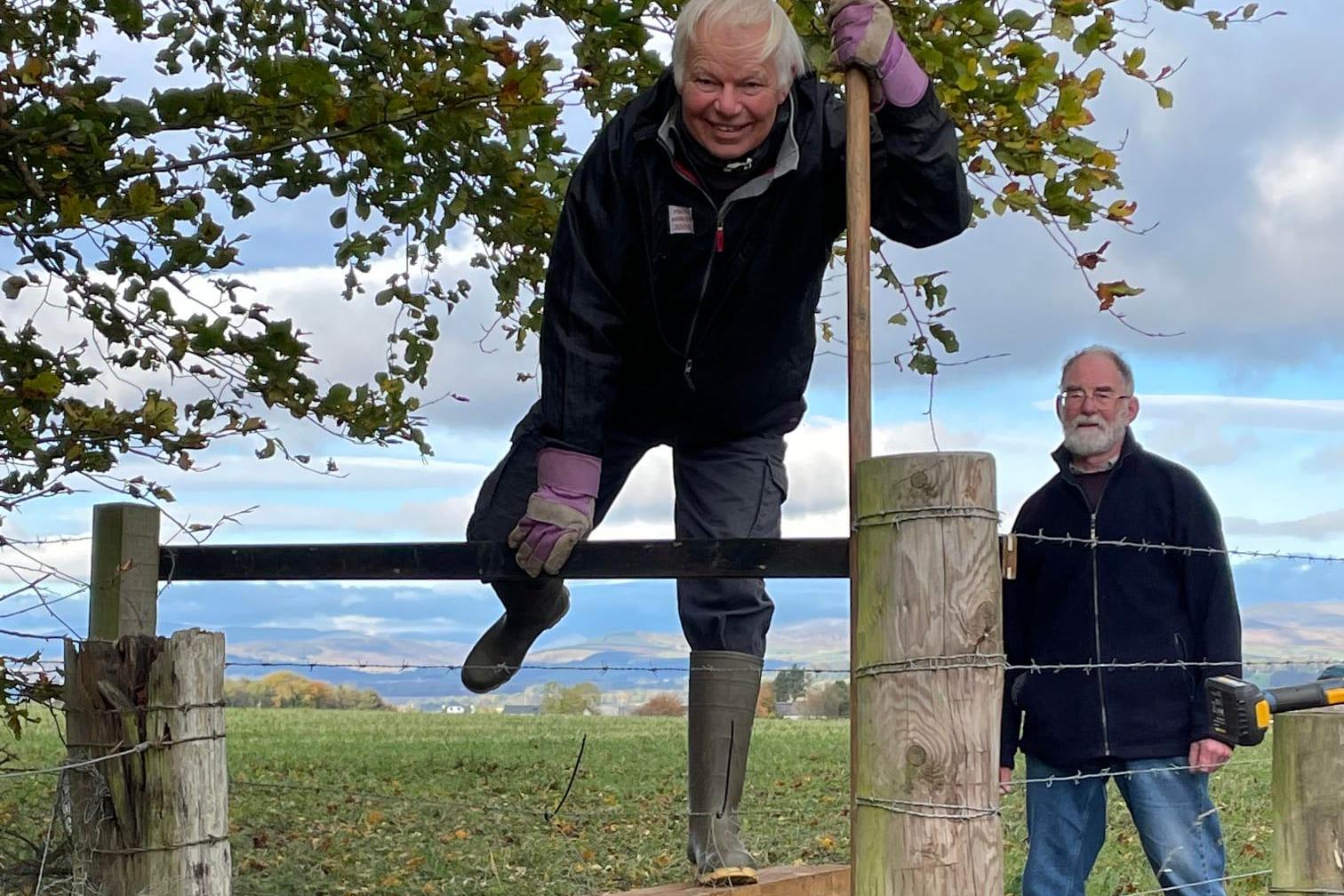