Many species of British butterflies are under threat

With various species of British butterfly in serious trouble how can gardeners help? They are one of the highlights of our summer days – piercing the air with their deft flights of fancy.

The joy butterflies bring into our gardens each year is perhaps all the greater in view of their briefest of lifetimes.

But many are facing an even more profound threat than their ephemeral nature.

Earlier this year it emerged that half of Britain’s remaining butterfly species are now on the Red List which highlights species at risk of extinction.

Butterfly Conservation issued a stark warning that time is running out to save some of the UK’s best-loved insects, as the Red List of British butterflies revealed a 26 percent rise in the number of species threatened with extinction.

Scientists from the wildlife charity put together the list, which assesses all the butterfly species that have bred regularly in Great Britain against the rigorous criteria of extinction risk set out by the International Union for Conservation of Nature (IUCN).

Of the 62 species assessed, four are extinct in Britain (Black-veined White, Large Tortoiseshell, Large Copper and Mazarine Blue), with 24 (41 percent of the remaining species) classed as ‘threatened’ (eight endangered, 16 vulnerable) and a further five as ‘near threatened’.

As the list was published Dr Richard Fox, head of science for Butterfly Conservation, pointed out that even prior to the latest assessment, British butterflies were among the most threatened in Europe, and now the number of threatened species in the UK has increased by five – a rise of more than a quarter.

"While some species have become less threatened, and a few have even dropped off the Red List, the overall increase clearly demonstrates that the deterioration of the status of British butterflies continues apace,” he said.

Last year’s Big Butterfly Count saw the lowest ever number of butterflies recorded. As butterflies and moths are an important indicator of the health of our environment, a reduction in their numbers is a cause for serious concern.

While land-use change remains the most important driver of decline, the impact of climate change on butterflies is also evident in the latest Red List, with all four British butterflies with northerly distributions, adapted to cooler or damper climates, now listed as threatened (Large Heath, Scotch Argus, Northern Brown Argus) or near threatened (Mountain Ringlet).

Two new species have been added for the first time: Scotch Argus, which is listed as vulnerable, and Dark Green Fritillary, listed as near threatened.

However, the list revealed that it isn’t bad news for all butterfly species, with some improvement in status for those that have been the focus of concentrated conservation effort, offering hope for other species.

The Large Blue, which became extinct in Great Britain in 1979 and has been the subject of an intensive, ongoing, and highly successful reintroduction programme, has moved from critically endangered to near threatened.

The High Brown Fritillary, also formerly listed as critically endangered, has moved to endangered; likely to be the result of intense conservation work from Butterfly Conservation alongside other organisations.

The Duke of Burgundy and Pearl-bordered Fritillary, which have also benefitted from much targeted conservation effort, both moved from endangered to vulnerable.

“Where we are able to target conservation work, we have managed to bring species back from the brink, but with the extinction risk increasing for more species than are decreasing, more must be done to protect our butterflies from the effects of changing land management and climate change,” said Dr Fox.

"Without action it is likely that species will be lost from Britain’s landscapes for good, but Butterfly Conservation is taking bold steps to improve key landscapes for butterflies and reduce the extinction risk of many threatened species.”

Choose different plants to attract a wider variety of species. Place the same types of plant together in blocks.

Try to provide flowers right through the butterfly season. Spring flowers are vital for butterflies coming out of hibernation and autumn flowers help butterflies build up their reserves for winter.

Don't use insecticides and pesticides - they kill butterflies and many pollinating insects as well as ladybirds, ground beetles and spiders.

Don't buy peat compost. Peat bogs are home to many special animals and plants, including the Large Heath butterfly, which is declining across Europe. There are now good alternatives to peat available from garden centres.

To find out more visit: https://butterfly-conservation.org/ 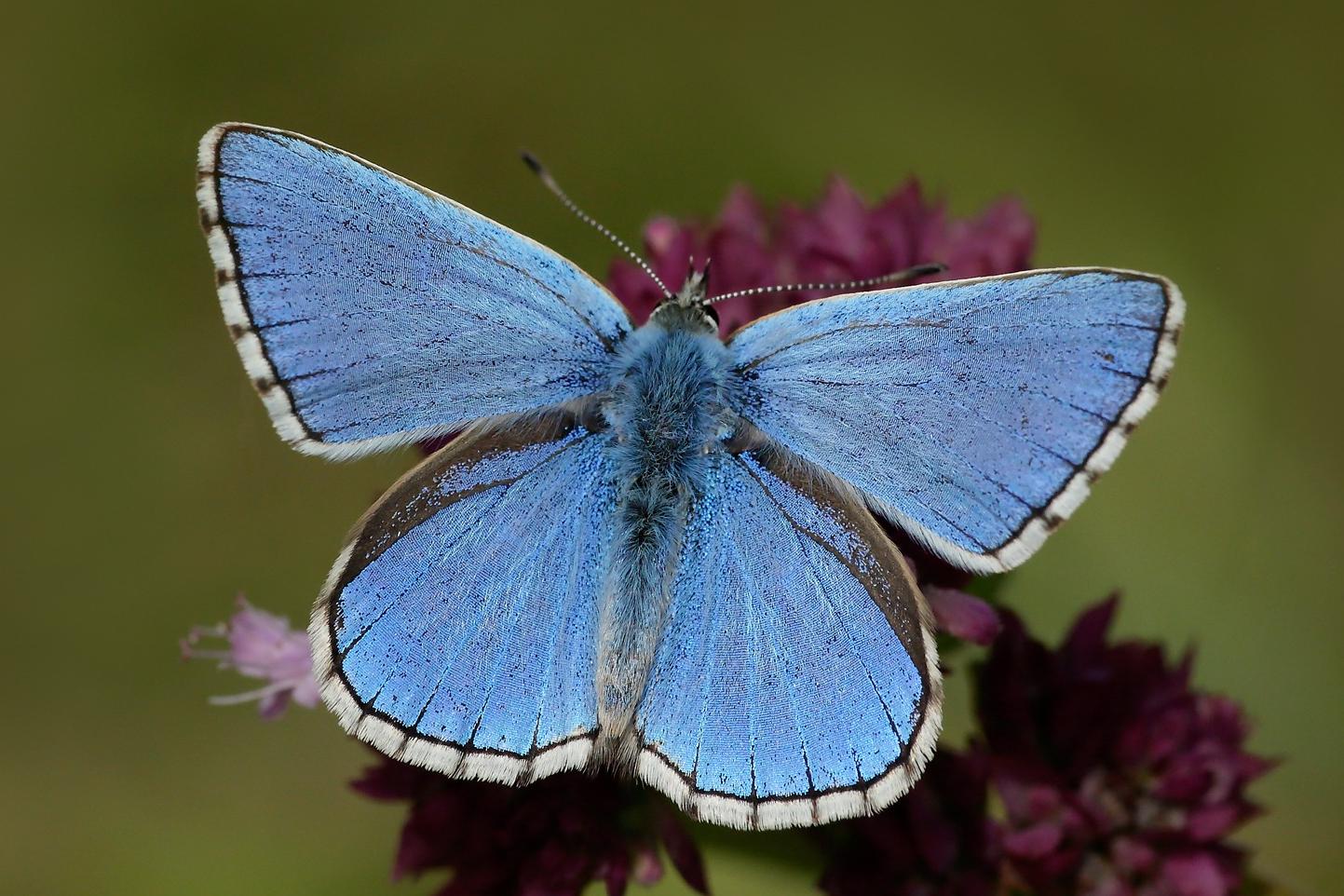 Butterfly Conservation has warned time is running out to save some of Britain’s best-loved insects (photo: Iain H Leach) 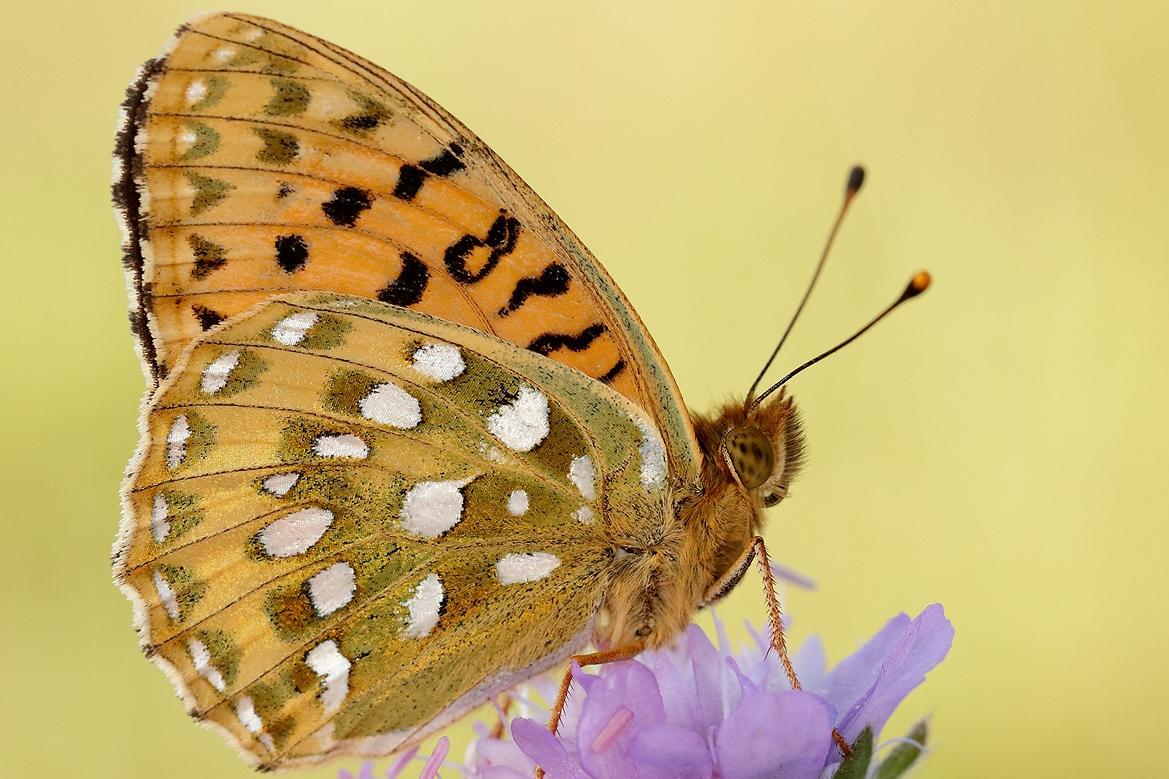