As I scanned the room during breakfast taking in the giant portraits of some of the world's most celebrated music icons, I knew I was in a place where fame and celebrity wouldn't be far away.

Our hotel in Soho, the Karma Sanctum, was nicely secluded from all the hustle and bustle, but like most places in London's West End, was only a stone's throw away from all the shops, restaurants and exciting attractions my wife and I had planned to visit.

Both Soho and Carnaby are world-renowned parts of our capital and go-to destinations for the best retail and dining experiences, while they are also favourite haunts for the rich and famous, but before checking in for our weekend stay, it was Carnaby - the birthplace of Swinging London in the 60s - where we first landed for a browse around the shops.

And there are many to choose from, including a mix of well-known fashion brands and unique independent stores such as Aubin, TOAST, Samsoe Samsoe, Nicce, Han Kjobenhavn and Annie's Ibiza, the latter being frequented by the likes of Kate Moss, Rita Ora and Paris Hilton.

After an early start, a lot of walking and with the weather warming, the midday lunch booking at Tapas Brindisa didn't seem too early, and in the Spanish-like temperatures, it only seemed right to quench our thirst with a refreshing jug of sangria while perusing the menu.

Kicking off with the delightful 'Croquetas de dia' (Croquettes of the day), we were more than happy to be guided by our waitress, who brought us a steady flow of beautiful dishes to share, including the tasty 'Navajas' (razor clams), 'Chorizo de Leon', 'Patatas Bravas' and my personal favourite, the 'Gambas al Ajillo' (king prawns).

After washing it all down with a 'digestif' of 'Patxaran', a sloe-flavoured Spanish liqueur, there was time for another stroll along Carnaby Street to admire the recent art installations marking the Queen's Platinum Jubilee, with a glistening crown embellishing the usual Union Flag and two platinum disc archways at both ends of the street.

The stylish Karma Sanctum hotel, on Warwick Street, has clear rock star vibes and we were immediately impressed as we were warmly greeted in the strikingly colourful 'Hendrix-inspired' reception area.

Our bedroom - a spacious deluxe double - was in the higher echelons of the building just one flight down from the rooftop terrace, which has a 24-hour bar and alfresco Hydro Spa for night owls wanting to keep the party going.

Dining is enjoyed in the sophisticated Wild Heart Bar & Shokudo, a place that embodies the creative spirit of the hotel with its trendy subterranean cocktail bar and Japanese restaurant featuring innovated street food dishes and sake menu.

For us, pre-dinner drinks were at newly-opened cocktail venue Nightjar which, based on Shoreditch's original 'speakeasy' bar, has quickly become a Carnaby hidden gem.

After after an initial struggle to find it, we eventually settled down for two hours of slow-sipping relaxation, listening to the musical tones of a live pianist as we were taken on a mixologist's journey from pre-prohibition times to the post-war era.

Our chosen creations included the crisp and floral gin-based Ermine, an aromatic and refreshing London Mule, the vodka-inspired Cascara with nutty and coffee notes and the full-bodied whisky-based Nightjar Boulevardier.

With appetites whetted and the night still young, we set off for dinner at one of Soho's newest Indian restaurants - Kricket - where we tried not to make our hunger too obvious as we patiently watched the chef preparing our food in the open theatre kitchen.

As with most top Indian restaurants, it's all about the great spicy flavours and our picks from Kricket's mouthwatering seasonal sharing menu didn't disappoint as we gorged on dishes including grilled butternut squash with makhani sauce, Cornish sole with Goan prawn butter, Keralan fried chicken and date and pistachio kulcha naan.

After a good night's sleep in our super king-size bed, it was an early morning start and an eggs-inspired hotel breakfast with a couple of lattes before more retail therapy.

Our last port of call was for a really unique lunch at the small, but popular Ugly Dumpling restaurant on Newburgh Street, where a fusion of Western and Eastern flavours transformed the humble dumpling from an Asian street snack into a sit-down dining sensation.

Bringing street food into restaurants is a growing trend and Ugly Dumpling has got it spot on with its simple, but delicious menu offerings as we dined on the 'classic' and 'new favourites' platters which included flavours of aromatic duck, prawn and chive, satay chicken, cheeseburger and mushroom and truffle. To our surprise, there were sweet versions too featuring nutella and pecan pie, which were heavenly.

Back at the hotel to pick up our bags we said goodbye to 'Jimi' one last time and headed to Piccadilly Circus for the start of our journey home, knowing full well that we'd be back to explore more of alternative London again soon.

For a Double Deluxe room at Karma Sanctum Soho, prices can vary from £180-£285 a night depending on the day. 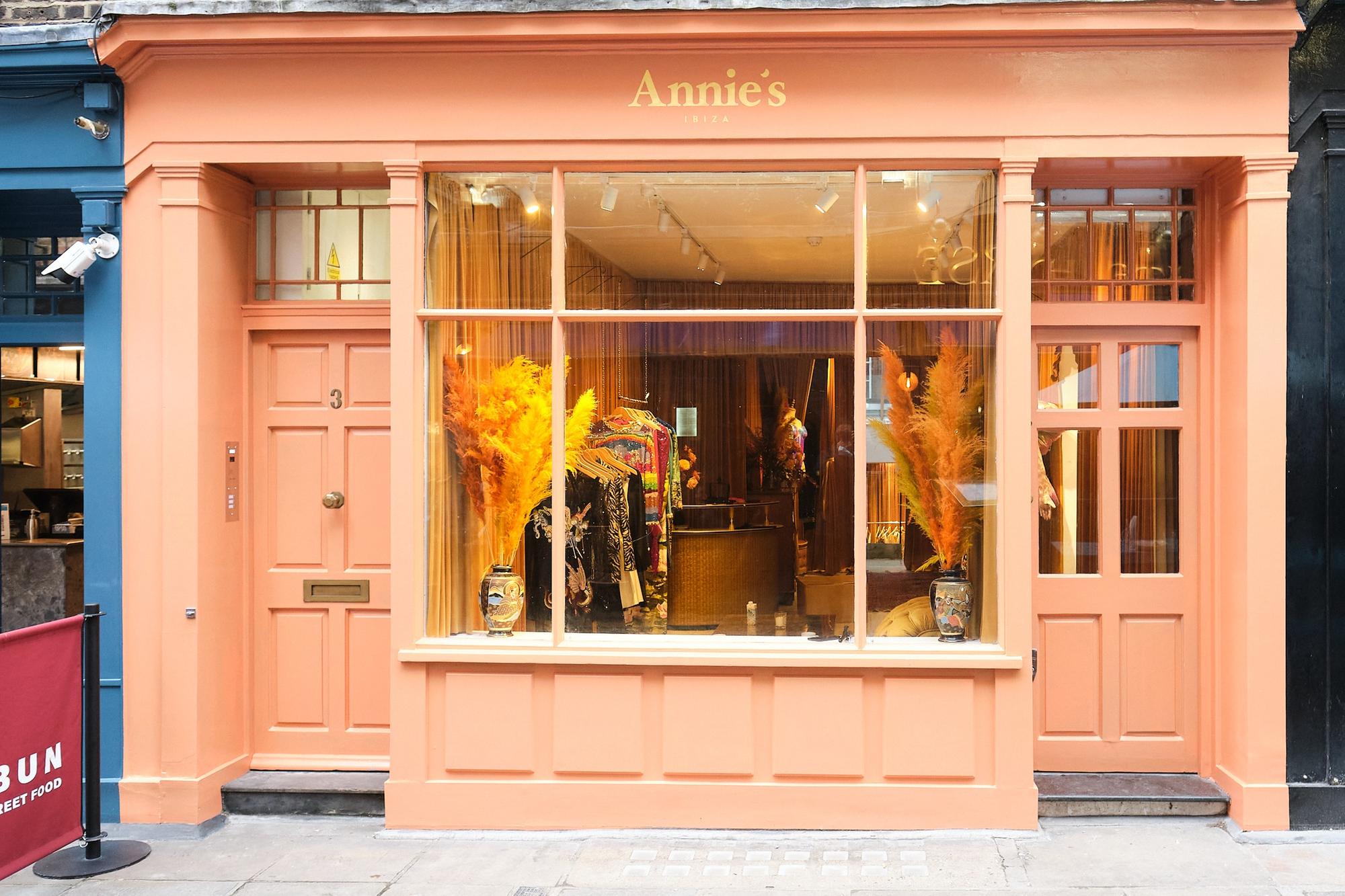 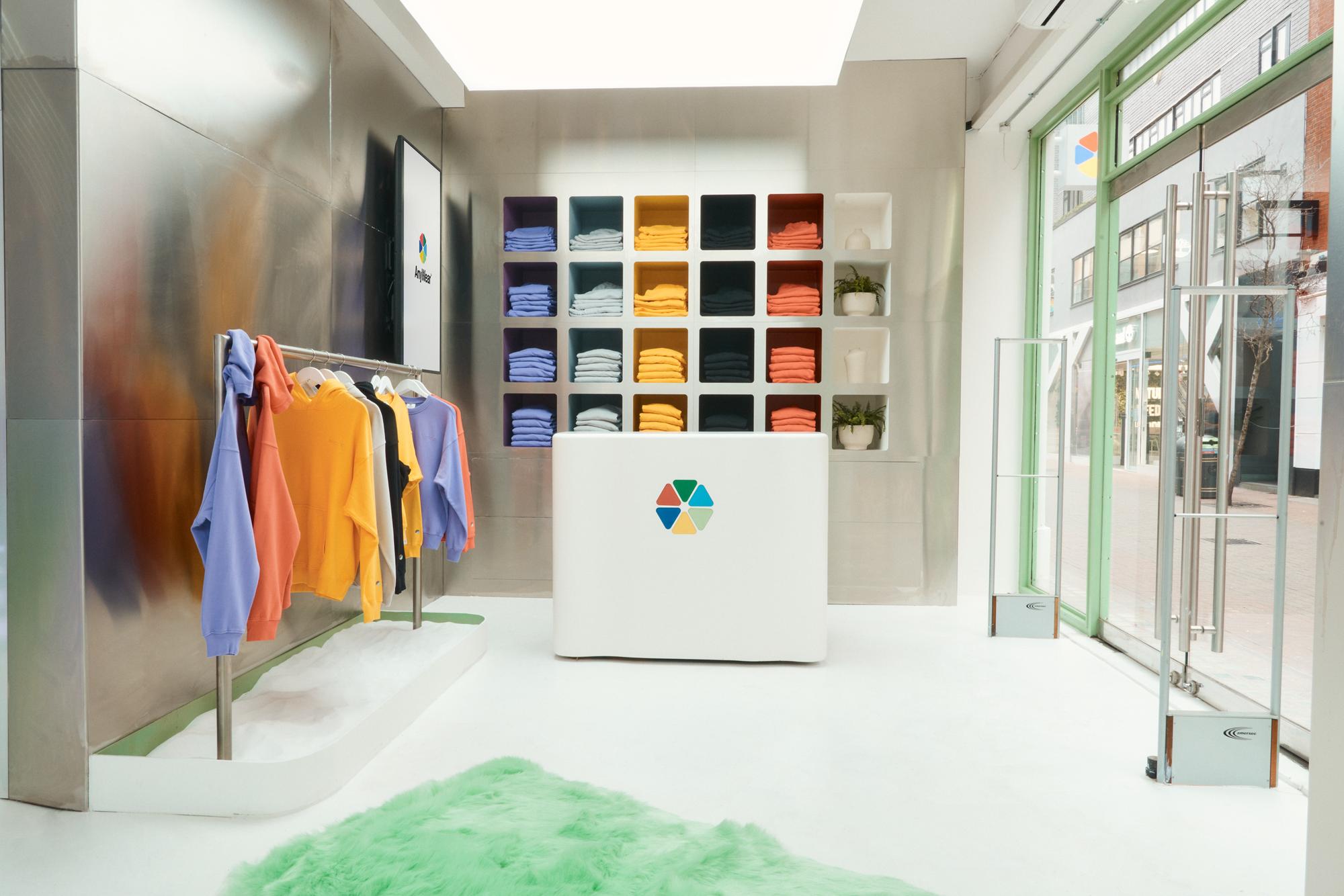 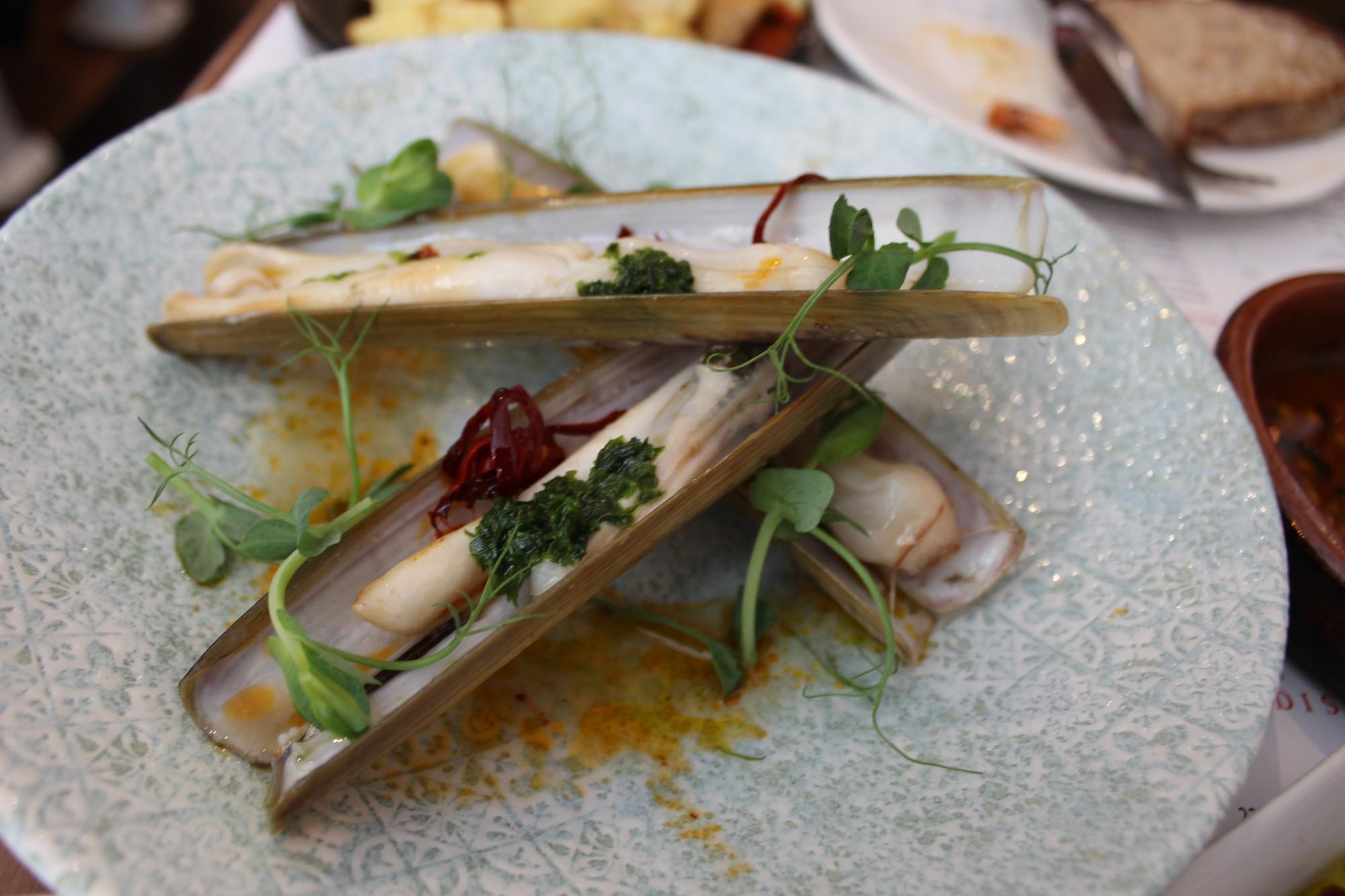 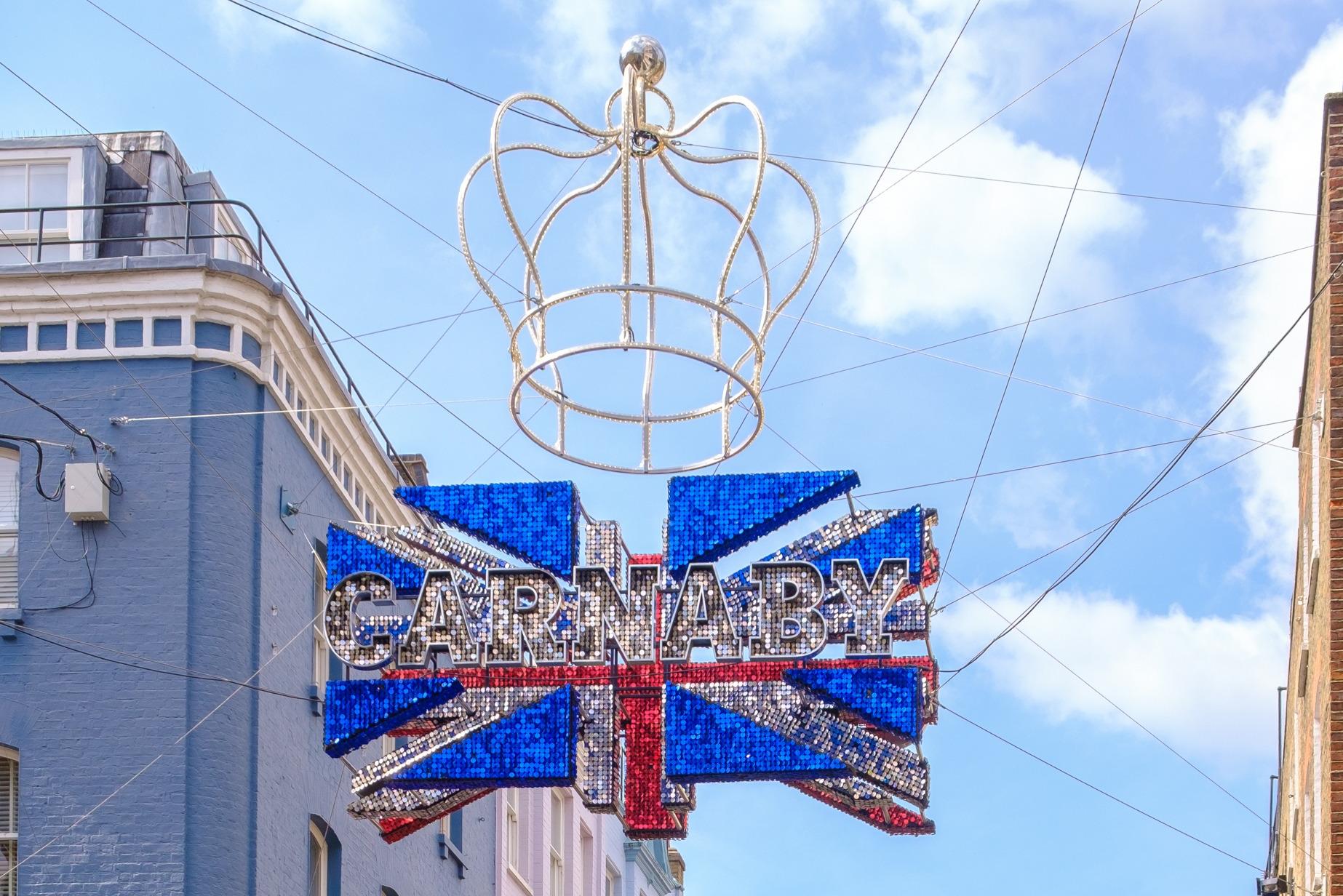 One of the recent art installations in Carnaby marking the Queen's Platinum Jubilee. Image: Sister London 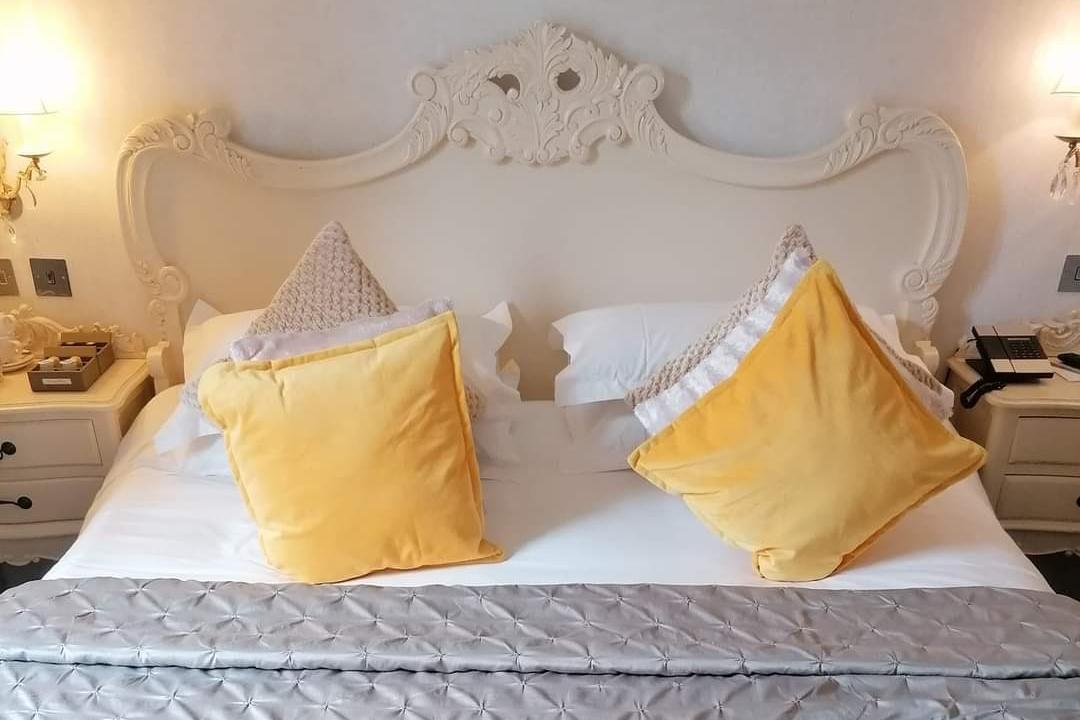 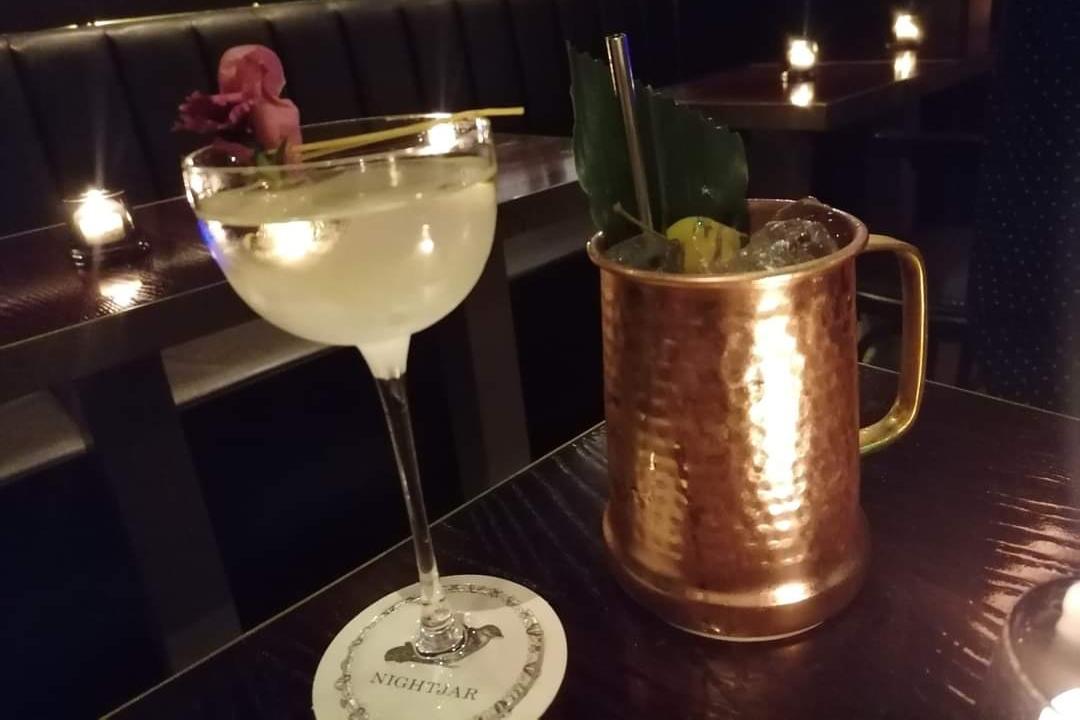 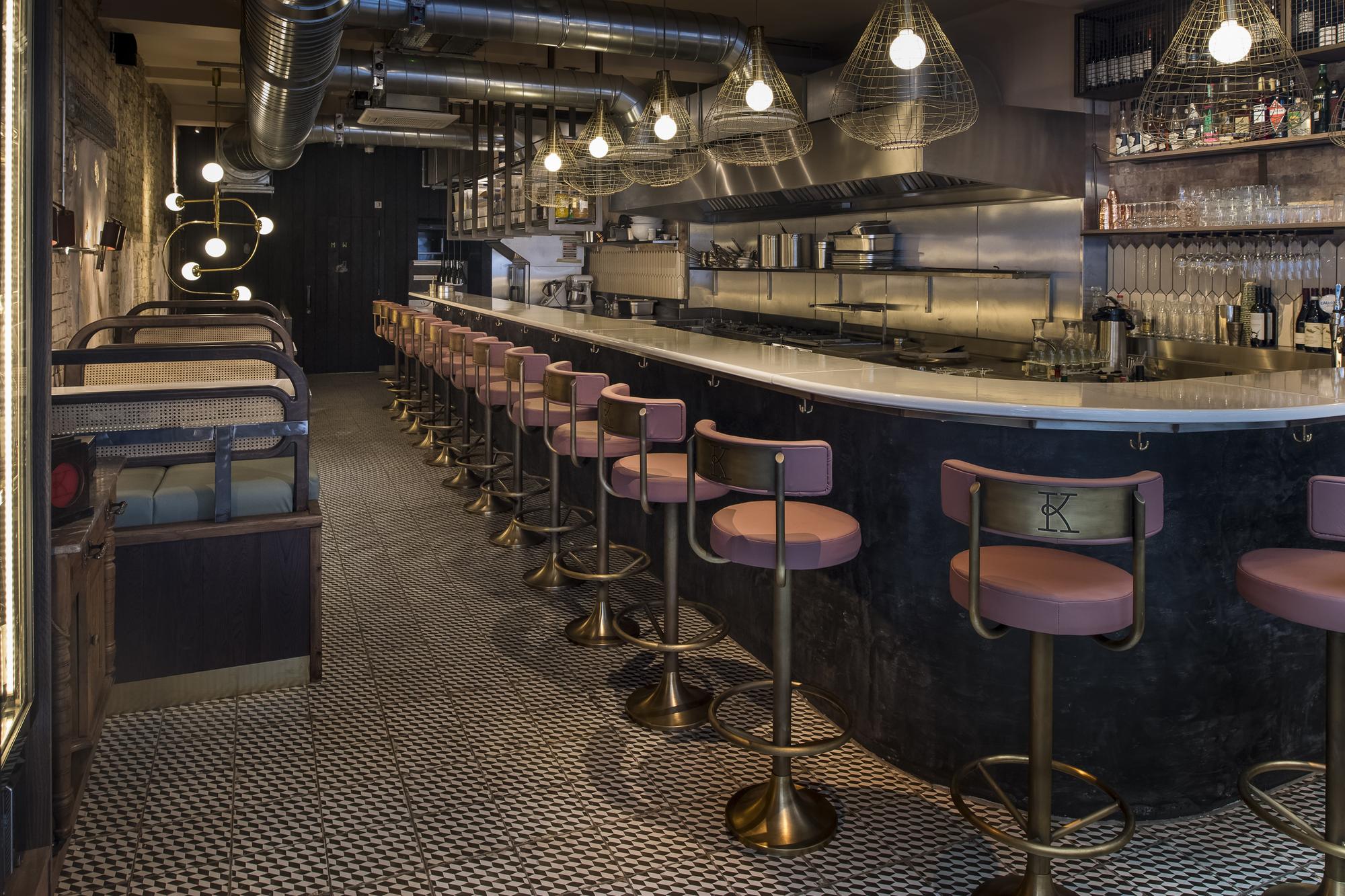 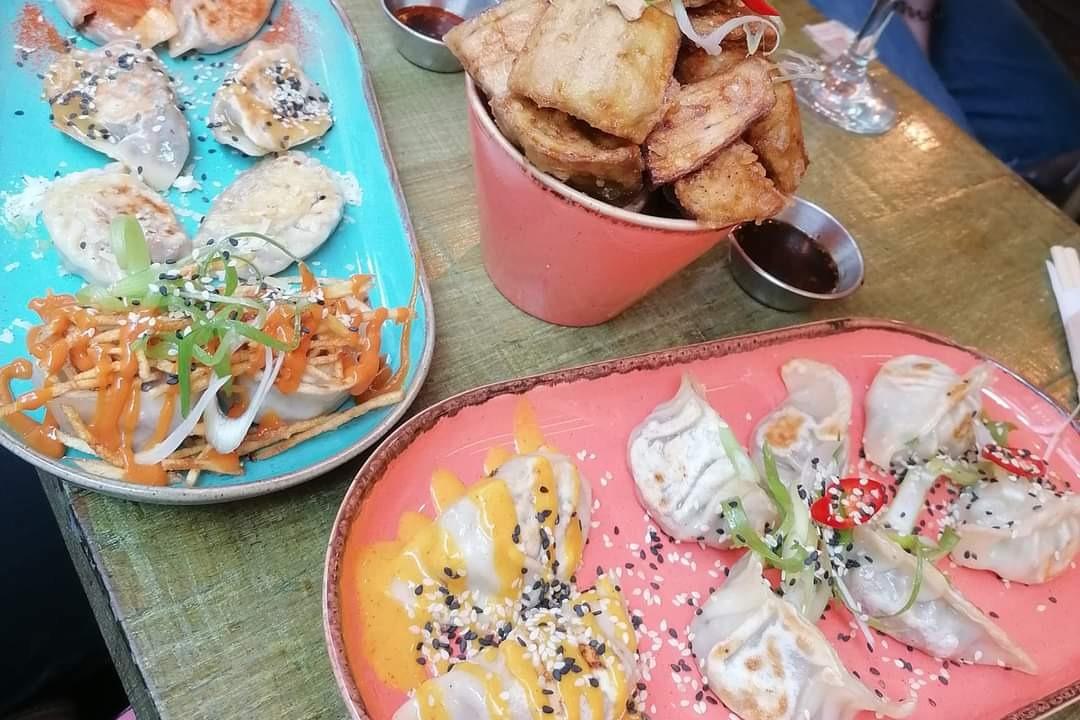